I post my thoughts on politics.. often to the chargin of others. I admit.. I don’t know anything about politics. But I do like Trump’s “go for it” boldness. That’s just me.

On a serious note though.. all this worldly government business has nothing to do with Jesus..
In fact if the Christian reads back into the temptation of Jesus during the 40 days in the desert.. they will read the following..

Matthew 4:8-11 Again, the devil took Him to a very high mountain and showed Him all the kingdoms of the world and their glory. “All this I will give You,” he said, “if You will fall down and worship me.” “Away from Me, Satan!” Jesus declared. “For it is written: ‘Worship the Lord your God and serve Him only.  Then the devil left Him, and angels came and ministered to Him.”

Should Christians get involved in politics? I would highly recommend they make that decision after reading through the New Testament, especially everything that Jesus says. Take a look at Jesus’ lifestyle and manners, especially in front of his accusers.

John 18:36 Jesus answered, My kingdom is not of this world: if my kingdom were of this world, then would my servants fight, that I should not be delivered to the Jews: but now is my kingdom not from hence.

Christians get nothing out of the arena of politics.. we cannot do our job in an arena full of blood and injury, and that’s exactly what it is! Politics is a word of rulers whose very intent are based on killing the other side. It is a Roman rule!

How then can the Christian make an impact in the world?

It’s fairly easy: reach out to one soul at a time with the Gospel of Jesus Christ..

One
Soul
At
A
Time

We are on a peacekeeping mission here, and our mission is never going to be dependent on entering politics, whose idea is dividing and conquer. Politics gets nothing done! Look how long it took government politicians to pass the rescue bills! A Christian does not need to wait so long to reach the needy. We can often take action with what we have… especially when we move together as a body!

Read the following if you will:

1 Samuel 8
When Samuel grew old, he appointed his sons as Israel’s leaders. The name of his firstborn was Joel and the name of his second was Abijah, and they served at Beersheba. But his sons did not follow his ways. They turned aside after dishonest gain and accepted bribes and perverted justice.
So all the elders of Israel gathered together and came to Samuel at Ramah. They said to him, “You are old, and your sons do not follow your ways; now appoint a king to lead us, such as all the other nations have.”
But when they said, “Give us a king to lead us,” this displeased Samuel; so he prayed to the Lord. And the Lord told him: “Listen to all that the people are saying to you; it is not you they have rejected, but they have rejected me as their king. As they have done from the day I brought them up out of Egypt until this day, forsaking me and serving other gods, so they are doing to you. Now listen to them; but warn them solemnly and let them know what the king who will reign over them will claim as his rights.”
Samuel told all the words of the Lord to the people who were asking him for a king. He said, “This is what the king who will reign over you will claim as his rights: He will take your sons and make them serve with his chariots and horses, and they will run in front of his chariots. Some he will assign to be commanders of thousands and commanders of fifties, and others to plow his ground and reap his harvest, and still others to make weapons of war and equipment for his chariots. He will take your daughters to be perfumers and cooks and bakers. He will take the best of your fields and vineyards and olive groves and give them to his attendants. He will take a tenth of your grain and of your vintage and give it to his officials and attendants. Your male and female servants and the best of your cattle[c] and donkeys he will take for his own use. He will take a tenth of your flocks, and you yourselves will become his slaves. When that day comes, you will cry out for relief from the king you have chosen, but the Lord will not answer you in that day.”
But the people refused to listen to Samuel. “No!” they said. “We want a king over us. Then we will be like all the other nations, with a king to lead us and to go out before us and fight our battles.”
When Samuel heard all that the people said, he repeated it before the Lord. The Lord answered, “Listen to them and give them a king.”

Does it take the Christian that long to reach someone for Christ?
No? Then what are we doing representing Christ in politics then?

Finally I leave you with this Scripture: 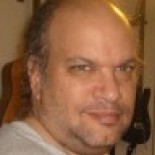